The Social Media Marketing Myth – And How To Succeed At It! 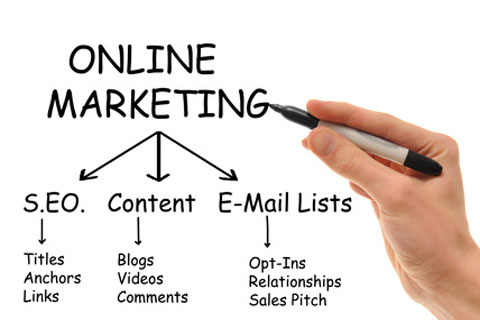 A large part of the appeal of the social media "explosion" was that it was supposed to be a faster, cheaper and easier form of marketing than traditional marketing. Another was that anyone could do it. All you had to do was put out a few tweets or set up a Facebook page and then the money would come rolling in, just the same as if you'd paid thousands for an ad on television.

This Social Media myth in turn led to a general belief that marketing budgets could be greatly reduced (or even non-existent), whilst still maintaining or even improving results. And so thousands of businesses set up Facebook pages and Twitter accounts and began blogging furiously. It seemed like it was working, for a while.

Then businesses began to do the math and realized something wasn't adding up. They found that:

All these things usually ended up costing additional time, money and resources, (not to mention the additional headache that often goes with managing such things). Whilst there are a few who have had exceptional results from social media marketing with little effort or outlay, these have tended to be the exception rather than the rule. Anyone can set up a website or Facebook page, but the holy grail of cheap, easy and effective marketing to global audiences isn’t quite stacking up to the promises of the social marketing myth.

According to a new report into Social Media Marketing, here’s why...

The whitepaper report "Managing Friends and Manipulating People: The Outsourcing of Social Media" from Kelly Services has found that:

1./ The transience of (Social Media) audiences is increasing. "Yes, Facebook and Twitter have huge member bases, but yesterday’s Myspace is tomorrow’s Pinterest and it’s hard to keep a finger on the social media pulse 24x7 across multiple markets".

2./ The sites that do social media well are learning to charge for their offerings, so they’re not always free.

With regards to point number two, I personally suspect that their success with social media is due to the fact that because they charge for their "offerings", rather than say a free informational blog, they had the resources required to hire expert online marketing companies to design and manage their social media marketing for them, and to do it well. A small blog or a new one-person start-up simply doesn't have the funds to compete against this, and also usually doesn't have the skills (or the time to learn) to do it well enough.

The internet is slowly becoming a lot like the old, traditional media - where only the slick performers with huge marketing budgets are being heard above all the noise. Unless small businesses and blogs can afford to outsource their social media marketing, or learn to do it themselves - and do it very well - they face being left out in the cold.

The shame of all of this is that many great blogs and business will eventually fold, not because they weren't great enough, or inspiring, useful, or gave great service etc - but simply because they weren't great enough at social media marketing and didn't have massive amounts of money to blow on expensive (outsourced, expert) social media marketing campaigns. Some will say it's because they didn't charge for their information and so it's their own fault - but take a look at many of the big blogs such as Gawker and many others, all of which allow you to read their content for free (and some of them are not even that good anymore.....) - but they will continue to survive and thrive because they can sell advertising at hugely inflated prices compared to anything an average blog could ever hope for. And maybe they CAN do this simply because they were here first, long ago, when the internet was still new, and so they became a part of the internet landscape and were established long before it got crowded. Perhaps if they started out today it might be a different matter.

Other highlights gleaned from the Kelly Services report are:

How To Succeed in Social Media Marketing!

According to the Kelly Services report, the solution is to get your customers or readers to do the work for you:

Rather than focusing on doing more yourself, the true power of this medium from both a marketing and customer engagement point-of-view is in getting your customers to do the work for you. No one can post and comment more about your product or service than they can. Encouraging them to do so, and harnessing the power of your entire customer base is paramount to surviving in this new landscape - and this is what companies need to spend more time thinking about and working on.

So there you have it - the real secret to social media success is not working harder or longer, but getting your audience to do the marketing for you!.