Quick Update, and Why I’m Cheesed Off….. 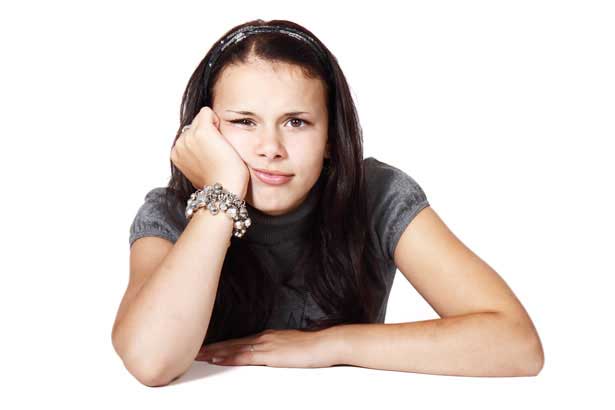 This is an update to let our readers know what we've been up to lately (and why I'm "Cheesed Off" at the moment...!!!  - And no, that's not a picture of me on the right ! - It's a free image by Petr Kratochvil I found on the Public Domain Pictures website - http://www.publicdomainpictures.net/)

The update is that we're considering porting this site to the WordPress  platform - a change being considered due to the fact that it is simply far more practical for us because we also have a number of other sites which use WordPress, and therefore we could use the same WordPress extensions on this site as well as the others, so much cheaper but also less work as it means less plugins to monitor for updates etc, and it would also make updating and maintaining the site far easier and far quicker (......updating WordPress is just so darn easy and painless that the thought of moving to WordPress is even more enticing than a weekend away with Brad Pitt if he was single.....).

The range of plugins available for WordPress is amazing  too (....and they are generally very stable / trouble-free,  due to the rigorous testing before they can even be listed on WordPress.org website - this testing requirement is the same for all of the free themes, too...). Many of the commercial plugins for WordPress also have very liberal licensing terms which often allow you to use them on multiple sites at no extra cost (...not all, but a large number of them have multiple site licensing, and often for a mere $20-$30+....), whereas just one Joomla plugin we use for just sending updates to Twitter & Facebook costs about US $300 a year.... Add up all the other extensions needed to run this Joomla site and if they all suddenly went commercial we'd need many thousands of dollars in annual licensing fees just for this one website. Frankly, I think some Joomla developers are charging so much lately that they are going to send it the way of Mambo if it continues.

So, I've been flat out working 7 days a week researching & testing out a wide variety of WordPress plugins and templates. The process of porting a site to WordPress however is not an easy one, and for a large site such as this would be an enormous amount of work and preparation, so we'll see, it's not 100% final yet..... Joomla CMS is great, but the fact is it IS harder & more time consuming to maintain  - I recently spent about a day just tracking down & downloading all the latest versions of all the various extensions that we use - that was just obtaining the extensions, not actually installing, configuring, and then troubleshooting & testing them.....It was exhausting, and was time I simply cannot afford. Compare that to a WordPress site, where it takes only seconds to search, find and install a plugin directly via the website back-end, and whereby you receive notices telling you about any new updates available for any extensions that you have installed (.... followed by the ability to update them instantly, just by clicking "update".... ...and more importantly, they almost always will still WORK after updating........ same applies to the free templates from WordPress,which are also updated with one click....).  Then there's other time-saving advances such as the ability to find any broken links (including video links & others) easily & automatically using a brilliant free extension called "Broken Link Checker" ... I've road-tested WordPress extensively over the past 6 months, and I'm also using it on 18+ other live, established sites too, and I love it - I can see why so many others have also moved to it - the list of it's advantages compared to most other Website platforms just goes on and on. This one single Joomla website actually takes more time & more effort to maintain / update than all of our other 18+ WordPress websites put together...I also don't literally dread updating the WP sites, nor do I worry that I'll probably need to spend a week or so fixing errors / conflicts with any updates to the core, components, plugins and modules.

As I said, it's more enticing than Brad Pitt.

The good news for YOU is that as a result I've drafted up a list of the very best WordPress extensions! - plus I've found some AMAZING WordPress themes, both free and commercial. It'll take me some time to put it all together, so bear with me (.....I've found quite a few, so it may need to be a "work in progress" & then I'll add more as time permits... ).

As for why I'm "Cheesed Off" at the moment!, well frankly I'm fed up with some commercial software developers who are arrogant, rude or patronizing (...the latter especially applies to how some developers treat female customers /  users... some male developers seem to think you need to have a penis in order to understand software/ security / have a brain.....). If you read my recent article on 0777 CHMOD permissions then you'll get the outline of the story, but I was basically treated like a moron when I recently informed a developer of a serious security problem that I found affecting their COMMERCIAL plugin for WordPress.... Needless to say, my responses since the "whatever....." reply that I received from the developer are now becoming more & more terse with each (unhelpful) subsequent reply from the developer concerned.... The product concerned is not even ready for commercial sale in my opinion, and very buggy (...multiple bugs found so far in only a few days of testing it, & it's also missing essential features available with it's free Joomla equivalents), but that's still no reason for the software to change multiple folders on a server to 0777 thereby leaving a site vulnerable to hacking. Poor coding, poor service, coupled with an arrogance & a total disregard for their customers website safety.

Thankfully most developers are not like that, and most don't treat females like idiots - Otherwise I might just have to have a look at those male enhancement pills that I keep getting emails for.....