Why We Need To Change The Way That We Treat Entrepreneurs, Inventors and the Like (…and treat them more like Movie / TV Writers!) 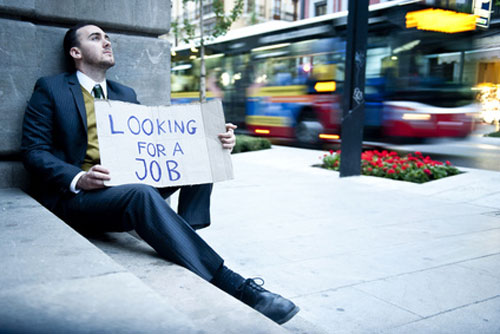 (OR - WHY WE NEED TO RADICALLY CHANGE HOW WE DEAL WITH INVENTORS & ENTREPRENEURS....):

As I've gotten older (& hopefully a bit wiser), I have realized just how incredibly hard we, as a society make it for the average inventor or entrepreneur to be able to secure funding or any form of backing / support, and not just in Australia, but everywhere around the developed world. I recently got quite angry with the situation and it's sheer ridiculousness, and I even considered (for a brief moment) writing to a politician in order to point out the stupidity of the situation, the many hurdles inventors / entrepreneurs face, and then of course there's also the cost of all this loss of innovation and ideas to society (... but I am a bit shy though, and so, in the end I decided instead to just write it as an article - however, if any politician wants to contact me then I'm available for paid consultations on how to actually fix the situation! lol).

You see, I realized that if we were to treat other similar (creative / visionary) industries or endeavors - such as eg: Making Movies - just as hard for all those involved in creating ideas or story-lines etc for the movies / movie industry as we do for all of our inventors / entrepreneurs and the like, then I honestly believe it would be virtually impossible for any movies to be made ever again!.

Imagine that we have TWO people;

Now, suppose that both people have very little or no money at all to fund their idea from start-to-finish out of their own pocket , (which is usually the norm in this situation), and so they both decide to approach the necessary people to make their movie / concept / software / idea etc become a reality......

The movie / TV idea guy jots down a brief outline of his concept in writing and then makes a meeting with a production company / movie studio / TV station. He goes to the meeting and "sells" them on his brilliant idea / storyline. They tell him they love it and that he'll soon be hearing from their lawyers to sign the contracts (.......and he might even get a small payment up-front, to help him get started on the project and or also help him feed his family in the meantime whilst he waits for their full payment of money to come to him - this is especially common when a contract is for payment / financial remuneration primarily or partly covered via royalties, if that is what they've agreed upon). If he's smart he'll take a friend or a lawyer with him to the meeting, (or he could use a non-disclosure document) to use as a witness,  just in case his idea is ever stolen.

Sometimes, if the author / scriptwriter has actually already written the entire movie script, and it's perfect / doesn't need any more work, then his own participation in the project is now finished! (.....unless the movie company also should want / need him to work in some way during the production, which sometimes can happen).

He's now usually completely cashed-up and or free to now go off and write another masterpiece...

(OK, I've probably over-simplified it a bit, but you get my drift - and there are many stories of overnight and fast success in the movie / TV industry, as I'm sure the opposite can be true, but regardless, IMHO it's still less work, less involved and much faster / far easier than for my next example....)

The Inventor / Entrepreneur guy has a lot more work before he can meet with an investor or the like to get funding for his brilliant idea. He must first do some - or all - of the following tasks:

Except that he most probably isn't!!!! -

You see, it has all  been made so very hard & costly for Mr. Inventor / Entrepreneur guy to get his idea / business off the ground, that he most likely gave up long ago and or probably went broke / lost his house / lost his wife & family about 4 steps & 2 years ago.......

All that Mr. Inventor / Entrepreneur guy probably now has to worry about is: whether you'd like any fries with that.

Now, tell me if it isn't utterly INSANE that we make it so bloody hard (or even virtually impossible)  for our talented inventors and entrepreneurs to get their ideas and projects funded / their business ideas up-and-running - These are the very people that ANY country needs to have in spades in order for the country to succeed, or simply do very well & not get left behind in today's competitive and tough global economy.

Perhaps it's a pity that the movie producers don't run the invention / start-up business industries... I'm sure they'd get a lot more done.

Please tell me your thoughts on this topic, I'd love to hear your opinions and in particular any personal experiences or difficulties that you or someone you know has faced.

OIO Publisher COUPON - Save $10 With Our Coupon Code for Nov 2013
Joomla Overview - What Is Joomla?
Venture Capital Investment Growing in US & Elsewhere....
Joomla - How To Remove An Article In Joomla
If You Really Want Success, Then What's (REALLY) Been Stopping You?
Your PC In Your Pocket With Portable Apps
WordPress Version 3.9 Released
Newsflash: Vulnerabilities found in Adobe Air & Flash...
Spring (Cleaning) Time at Business-In-Site.com.....
Business-In-Site Is Now On Twitter!!....
Legitimate Home Based Business | Ch. 2
WordPress 3 Ultimate Security
The following two tabs change content below.