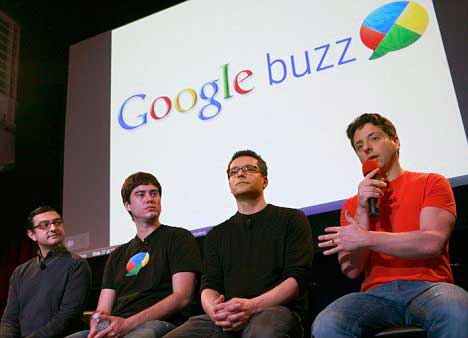 Google has launched a new social network, known as "Google Buzz", in a bid to take on social community giants Facebook and Twitter.

The service - integrated directly with its e-mail service Gmail - allows users to post status updates, share content such as messages, web links, photos and videos with friends and colleagues directly within the popular email system Gmail, and read and comment on friends' posts.

The new social networking features are also compatible with smartphones based on Google's Android operating system.

The new service pitches Google directly against rival networks such as Facebook, which has amassed nearly 400 million users since its launch in 2004. Buzz will try to capitalize on the number of regular Gmail users by integrating Buzz with Gmail, which currently has around 170 million users worldwide.

'Buzz is built right into Gmail, so there's nothing to set up - you're automatically following the people you email and chat with the most,' Google's Edward Ho said on the official blog. The messages - highlighted with a Buzz symbol - are conveniently incorporated directly into a person's Gmail inbox (private updates are automatically added to a user's profile page, whilst public updates will also be available to search engines). Google has also integrated it with its mapping service and mobile platforms. Status updates sent from phones will record the location of the sender and add it to the message. Other users can then search public messages from their phone. Public updates will also be added to Google Places, a directory of businesses that include reviews of restaurants and theaters, for example.

The firm has also built the technology into the mobile versions of its Google maps.

Rival Yahoo already offers a service that allows people to see updates from sites such as Twitter and Flickr from inside their Yahoo Mail page. Facebook is currently the most popular social network worldwide.